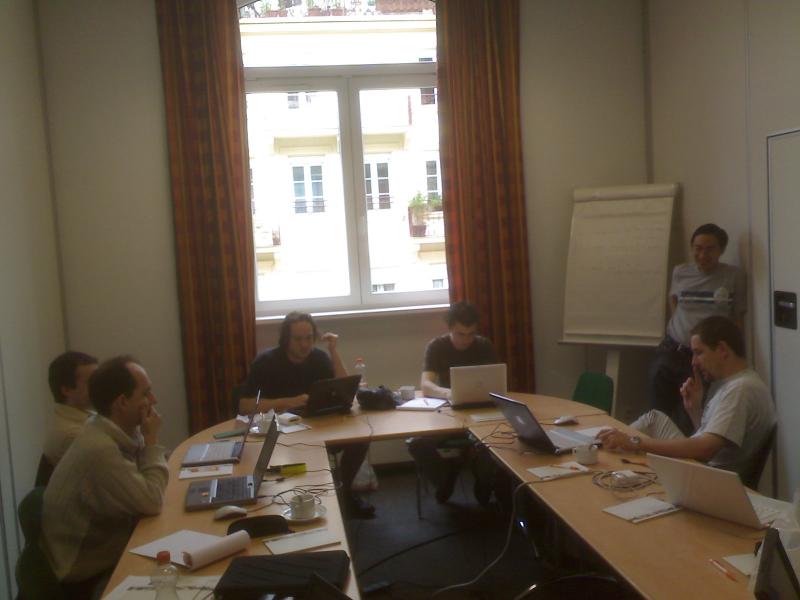 I just returned from my last after-study party, which happened to be TikiFest Strasbourg 2008. Just as with basically all the other parties before(that I will still have to blog about), something got lost or broke - only this time the whole trip was one continuous disaster for me. It started on the first day with a file system corruption, that took me about four hours to fix, so half the day was lost. On the next day the ink leaked out of my pen, into my pocket and lacquered my purse. The day after that I found out, that the triple room I booked was unneeded and I couldn't cancel it - great way to triple the costs for accomodation. The day after I again had a file system corruption, which this time couldn't be fixed, so no computer available any more for me and I will have to install it completely from scratch - "I mean: fuckin' hell!" (insider-quote ;) )

So only the last day went without major accidents, but apart from all those disasters this was one great TikiFest and a perfect final for my party weekends.

It was great to meet other Tiki contributors in person and discuss with them directly. So little time available and still so many decisions were made, people came closer together and understand each other better now, so much fun and laughing, so many people there and even met my bro again, four locals and people even came from Fiji islands - it was the biggest TikiFest so far afaik and it was a TikiFest that marks a major change in the community!

We released TikiWiki 2.0rc1, which will be the first major release since years. And the new release schedule plans to do a new major release every half a year. This will have major implications on the development of the software (and on the social aspects of the community), but I'll save that discussion for tikiwiki.org websites and mailing lists.

Sadly I had to acknowledge very quickly right on the first day, that I am really totally out of coding. After two years not really touching PHP-code or TikiWiki, it felt very strange to look at the contents of my vim. So I concentrated on getting into it again, rebuilding my nonexistent devel environment, getting familiar with the http://support.mozilla.com Tiki and throwing my two cents into the discussion when I felt comfortable with the topic. All in all it was a very successful TikiFest, which gave me a good start into the community again.

For some images, see: