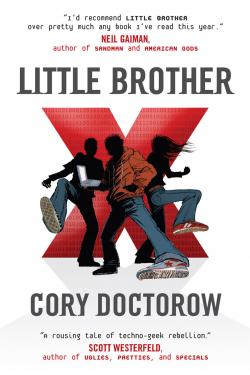 This novel is from 2008 and only the universe knows why I didn't notice it back then. It was purely by accident that I stumbled upon this now. When playing around with the fabulous FBReader on my phone I needed a book for testing and this one was shown in the featured downloads section. Boy, didn't I expect the ride I had ahead!

It's labelled as a book for 'Juvenile & Young Adults' and fittingly we start with our protagonist W1n5t0n sitting in school and being bored by it. It is quickly established though that he is a real nerd and I had many good laughs during the first two chapters. Then I made the mistake of deciding to read just one more chapter before going to bed. And that chapter made me so angry, I couldn't sleep. It made me angry because it felt so real. All the idiocy and hypocrisy of the way the USA fights its so-called "War on Terror" collapsed onto me. I just had to continue reading to get over this hump and see W1n5t0n fight back. And then I didn't put the book down until I was finished with the first half of it and just had to rest my eyes.

I inhaled the second half of the book the next evening.

If you are not a geek, it is well worth reading. You will learn a lot about computing, security and privacy in today's world. And if you are a geek, it is still worth reading. Most of the technology in the book is existent today and nothing new for me, but it was a real pleasure seeing Doctorow explain it in layman's terms. And then see W1n5t0n, meanwhile calling himself M1k3y, use it to overthrow his oppressors. If you always wondered what I mean by 'digital guerilla', then you should definitely read this book as M1k3y is a proper one!

The book left me behind a little empty and exhausted. There was a lot of suffering in the victory. But let's face it: reality is tough and this book isn't going to lie to you. And when I turned the last page, there was an afterword from one of my big heroes and the smile came back to my face immediately.

I am sad not to know any young adult I could give the book to. It is such essential reading in my opinion. Luckily there is a great system that Cory set up to donate this book to schools and libraries and that's what I'm gonna do. You should download and read this book to arrive at the same conclusion as me. And while you are doing that, I will be reading the sequel Homeland, which is the book that you can see Edward Snowden packing into his bag in Laura Poitras' film CitizenFour. 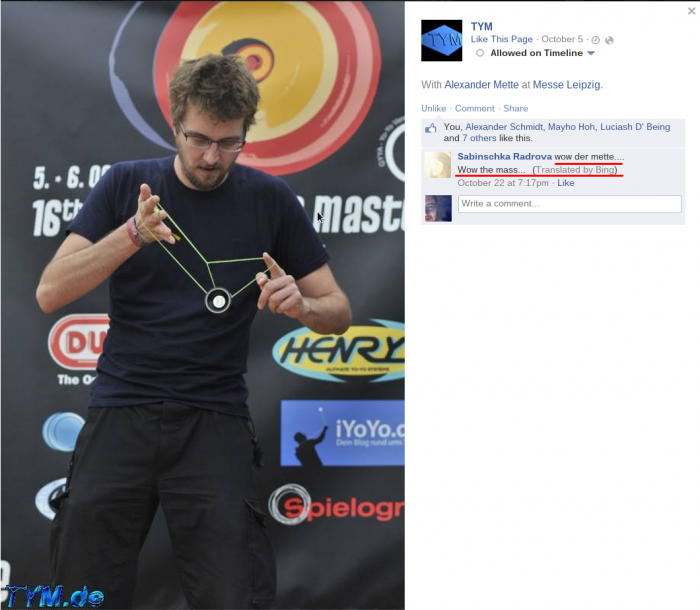 Someone of Team Yo-Yo Maniacs managed to make me look real good while performing my freestyle at the German YoYo Masters. The real kicker though is what facebook/bing made out of a comment when translating it! I guess I must have quite a bit of bosons whizzing around me. And here's also the video of our ad-hoc 1.5h preparation runner-up Team Freestyle. 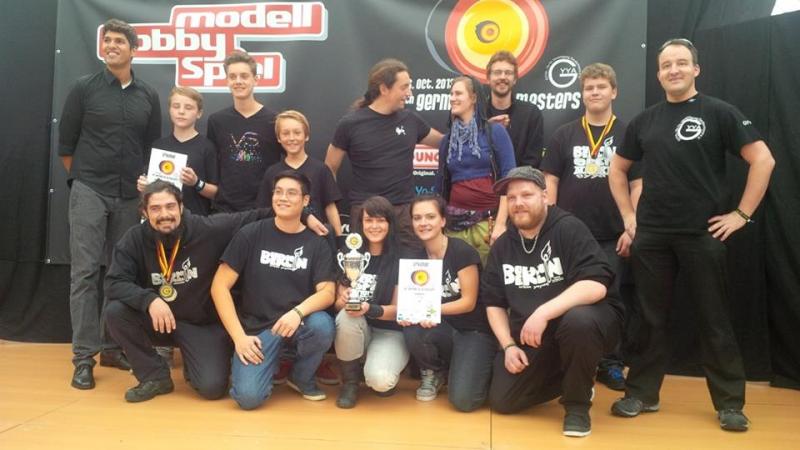 From April 11-22 2013 there was the longest TikiFest ever, spreading over two locations with more than 20 participants. Wickedly good experience even though I wasn't on top of my game. Yet it helped again to get myself more connected to the Tiki community. I now know faces and personalities belonging to IRC handles that have been close collaborators for over seven years - and it was a blast! It enabled me to sync up with the mindset of the most proficient contributors to Tiki. And it was a lovely time with like-minded people.

Did my first Geocaching ever. Discovered Canada this way and also by just travelling around. I really do like Canada and it is a lovely nation to be in. I'll be back for sure and if it's just for finally getting a train ride there (mine was cancelled and I had to take the replacement bus service - which is a "discovering Canada" story of its own).

Thanks to everyone who made this possible! :)