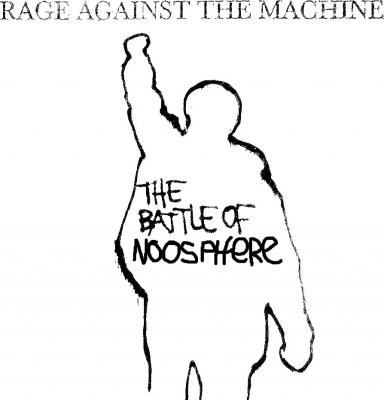 This was the event I was looking forward to the most. It all started when some friends told me.. no, let me start at the beginning!

In 1999 I started my studies and in the beginning of 2000 Rage Against The Machine had their Battle of Berlin. A fellow student of mine asked me to go there and as I was a RATM fan ever since, I agreed. But then the exams came and we were reasonable students telling ourselves that 'we need to learn and that we will have the chance to see Rage some time later'. Well, yeah, right - they dissolved the band about two months later! Which became my biggest artistic trauma in my still young life...

... and then some friends told me - ah, here we are again - that RATM will be at Rock im Park. Well, they have to know, as they are in the business of promoting music (http://franzgrosse.de/) and they also organized the marketing for germany's milkproducing farmers - but that's another story.. ;)

Long story short: there was nothing to stop me from finally seeing the most political band alive(and they make great music, too ;) )! I was the only guy on the camping site with an old german army tent and afterwards I also found out why: My tent was flushed away by the rain! Luckily I could then sleep in the food-tent of my neighbours - who afterwards called me 'warehouseman' as I knew exactly where stuff was. ;)

On the second evening then was the RATM concert and it really payed off! Mosh-Pit, first row - and I'm still alive! I'm lacking the words to tell anything more.. it was just one hour of awesome live action!

After the concert then, I was sitting on the lawn, totally exhausted and writing my bro an SMS to tell him how great it was when suddenly I heard a female voice: "Did they leave you alone?" I looked up and there was Bärbel squatting beside me. I just stumbled: "Err, ehm, no - I'm here alone anyways!" - "Do you want to be part of something bigger?" - "Well, yeah, sure!" :)

And that's how I met some really lovely people, having a great evening with them, discovering that there even is a discotheque on the festival area and wasting the rest of the evening. They live close to Nürnberg and we decided to meet the next day again. The last day of Rock im Park was really relaxed then: lying on the lawnn of the center stage, talking, the beer-guy came every now and then to refill, smoking, chilling and having the best bands of the world play for us. I was mainly sitting there with Frank while the others went looking at other stages, too. And then he told me that he is having a party at every friday the 13th - something that emerged from a stupid idea and now he has to do it.


And this way the second unplanned partyweekend of my after-thesis time was fixed, too! ;)

For the time after my thesis I had planned two thirds of the weekends - only interestingly the first one was still free. And as luck would have it something turned up just in the last weeks of my thesis. Hörschaden planned to have a party in Berlin with a nice boat cruise before. As I know the Hörschaden guys from Ilmenau and always liked what they did, this was the perfect thing to start my party season.

And this really was the perfect start for it! First a nice, geriatric style sight-seeing cruise on the Spree in Berlin - but with the added value of some DJs providing us with electronic music. And then we continued to Kiki Blofeld, where the party continued until the morning. Awesome location, I can really recommend it! It's a former boat bunker of the GDR with windows towards the river and lots of natural real estate outside.

Somewhen in the morning we got thrown out because of some misunderstanding, but I guess we figured that out with the staff, too. ;)
And actually at this party I got to know Anke, who then later offered to take the pictures I currently use on this site as avatars.

... yes, I did - I'm probably just a bit slow with realizing it as I finished them already on 26th of May 2008. After that I just wanted to wait to get my diploma certificate to start believing it and have some good parties in between. Porto was one of those things that I already blogged about. But there were some other dedicated parties that I didn't blog about because of lack of time and major procrastination. But it's never too late, so let me do it now! ;)


And some more little stuff afterwards. Basically there was something on every weekend for about two months, but those were the most memorable things. So, before I forget everything and delete the photos I made - I'll blog about all that for me to remember and look back, when I'm old.. ;)

..amette.
Yeah, yesterday I had birthday and so a new year begins. A year I decided to buy a new cap again. (It was about time.. ;) ).

And as I needed a good photo for PHP Quebec anyways, there are now a few photos of me in 2009. Thanks to Anke Duensing, who immediately suggested to help me with pictures as I told her. 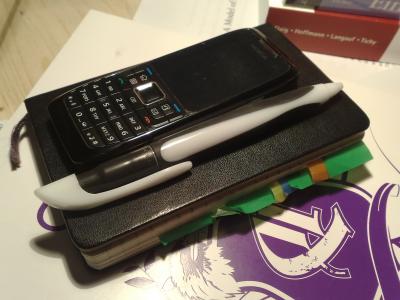