People following me on twitter know that I'm a fan of dub music, #tassebier and @saetchmo. So which even better evening could there be in #BLN than this one? 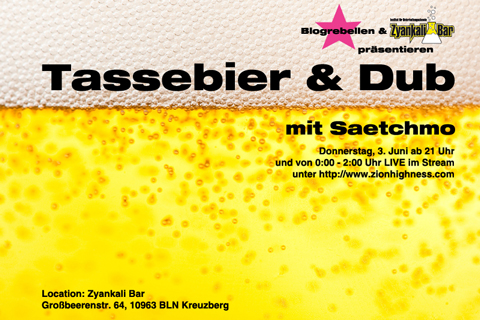 If you can't be there physically, then just listen to the show on zionhighness.com - just as every thursday evening at 2200 CET. :)

Today Withoutfield of Blogrebellen fame asked for our most favorite track ever. Really tough one, but made me seriously think. After quickly dropping considering "Killing in the Name of..." (which is a big favorite of mine), I thought of DJ Shadow's "Endtroducing...." album, which really influenced me. Now finding a track that I enjoyed in almost any situation... voilà:

Felt like a good reason to blog again, as I'm still not completely sure about who I am - but at least I found my #Lieblingslied! ;) 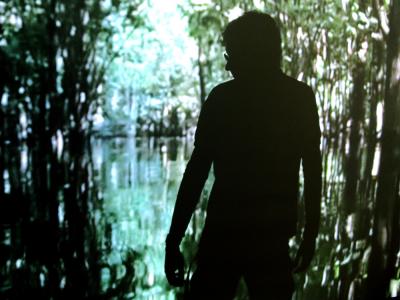 Yesterday evening I came back from Montreal, where I was giving my talk on the virtualized server infrastructure of the TikiWiki community at the annual PHP Quebec conference. There were only a couple of people at my session, but people in there looked rather satisfied. Got informed today by the organizers that I scored pretty well in the surveys done with the audience. Probably the audience was so small because it was the last day and I had strong competition. Doing AJAX with JQuery vs. server virtualization - where would a PHP programmer go?!? Tough call, hm? ;)

Before the conference there was TikiFest Montreal 2009, where we released the first Beta of the upcoming Tiki 3.0. This will be one nice peace of software and good looking, too! I wasn't too much involved with the coding as I was concentrating on the servers, but still it was again a very good TikiFest. It's always great to see the guys live and this time I met chibaguy for the first time in real life, too. :)

The TikiFest was hosted at cgcom, which is a great partner for the Tiki community. They are really nice guys and their office makes a great location for a TikiFest.

I didn't see much of the city as the events took lots of time and so I mostly just saw buildings from inside. I'm not sad about that though, as I met lots of nice and interesting people, learned a lot and had lots of fun. And we were at Montreal's "white night", which is an event where all the different museums and other public institutions are opened. Seems like I am one of the rare people to understand modern art, especially monochromatic sculptures - or the others just didn't want to invest as much energy as Olaf and me. ;)

CU at one of the next TikiFests, definitely at PHP Quebec 2010 and go grab a download of the Tiki 3.0beta1 from sf.net.

I'm very happy to tell you that we are starting a new platform for LivingLogic's F/LOSS projects.


So far we had everything at http://www.livinglogic.de/Python and the public repositories at http://hg.livinglogic.de. No bugtracker or any easy way to collaborate with us. Now we are going to move the stuff over to the new Trac at flloss.ll.de.

FLLOSS is a rather cheesy joke, I have to admit. As all our open source packages are named something like ll.orasql, ll.make and so on, we spontaneously decided to name our new mailing list flloss@livinglogic.de. Well, that "LL" just stuck and Free LivingLogic Open Source Software is more a backronym. ;)

I'm a bit sad that we didn't use TikiWiki for the public website and collaboration space, but we wanted to get started quickly and the tight integration of the source code repositories with the wiki and bugtracker that trac provides are a killerfeature! No time to code that for Tiki right now.