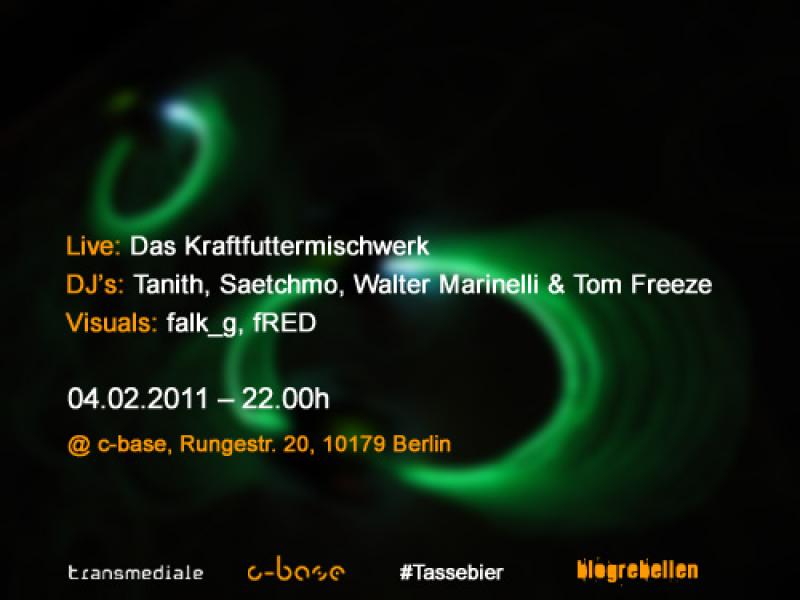 After the enormous success of #tassebier at #WikiFest it was obvious that we couldn't wait a whole year to repeat that. Luckily then the transmediale seems to co-happen at my favorite space station and people thought that a #tassebier is a good thing to have. :)

So tomorrow again and better and cooler!
DJ Walter Marinelli again, as well as DJ _Tasmo (the man whose name tais glitch). Tanith, who at #WikiFest dropped by as a guest. And @das_kfmw will be presenting his CC-licensed Album live! Whomever is still standing after that: Saetchmo will finish him off! ;)

World-domination of the #tassebier will again be one step closer after tomorrow evening! And it applies as always: who wasn't there, missed it! ;) 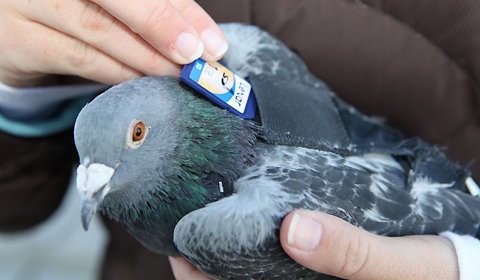 Please see also the RFC of a former version which used paper instead of SD-cards.

Finnish guerillas are famous all over the world for their amazing skills, stoic perseverance and superior tactics. These qualities have been honed and refined over generations. Generations of finns living and hunting in a free country. Only later on these skills were made use of to defend the naturally given freedom against miscellaneous aggressors.

The following short documentary paints a very precise and vivid picture of the challenges finns had to deal with for ages. It should become self-evident why the finnish guerilla developed its unrivaled skill set. ;)

"Operation: Leakspin" was renamed "CrowdLeak", which in my humble opinion is not such a good name for what it does. It surely does make it sound more respectable, but gives me totally wrong associations about what it does.

Anyways.. the idea behind it is just the right thing to do! The information that WikiLeaks publishes needs to be made accessible to as many people as possible - otherwise it is worthless information. And I'm not just talking about the technical side like mirroring WikiLeaks, I mean lowering any barrier to accessing the content. Diplomatic Cables are not necessarily a joy to read. "With the summarization, translation and publication of cables, we are able to reach the masses by using a method known as ‘crowd journalism.’"1


... I didn't hesitate too long and registered http://crowdleak.de and http://crowdleak.eu. I provide infrastructure, that's what I do. Other guerillas do other jobs and we all together make sense of CableGate for everyone. "The crowdsourced movement is grassroots. It is news created for, and by, you."2 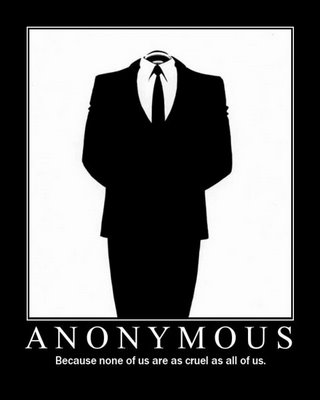 TIME magazine chose Mark Zuckerberg as the person of the year 2010 over Julian Assange. What?!?! To quote myself in the moment I found out about that:


Yes, I can understand the choice and I still like it better than the Tea Party - that would have been taking the cake!!

Still I think this is a joke!
TIME magazine itself writes: "Zuckerberg and Assange are two sides of the same coin."
Well, let's have a look at what Zuck and Assange do with information and networking:

Zuck creates a system which is nice'n'shiny on the outside and on the inside it is a centralised instrument of power (yes, information is power). Facebook doesn't take it too seriously with human rights like free speech and does censor. We do know that meanwhile. All the half a billion people inserting their data into Facebook create a beautiful profile of their personality and even of the whole society. A profile "owned" by a few. Very probably one of the few is the CIA.

On the other side of the coin we have WikiLeaks. Which is being represented by Julian Assange, who faces the brunt of fighting for the age-old dream of hackers: making common information available for every human being. He might be an asshole and perhaps even a rapist, but he paved the way for people like Domscheit-Berg. These guys are working on providing people worldwide with the ability to voice their opinion without fear of prosecution and centralized censorship!

Anyways... in the end electing a "person" of the year is rather pointless nowadays. We should vote for concepts, systems or infrastructure. As otherwise in the long run Anonymous will be person of the year every year.